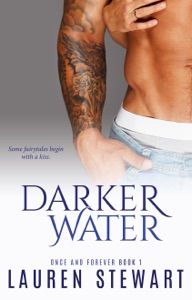 My secret to happiness is to be completely upfront with what I want and, trust me, it has nothing to do with Laney’s heart. Her lips? Hell yeah. A few other parts of her body? You better f*cking believe it. But her heart? Nope. Not even a little.

Forget I said that. I don’t have feelings for anyone. They were all ripped out of me when I was a kid.

This thing between Laney and me could be great. But we have to follow certain rules. We have a good time—no dates, no sleepovers, no expectations. When one of us is ready for something new or if she starts getting too attached, we move on with no hard feelings. Win-win, and everybody’s happy.

I came into this thinking it would be the same thing as it had always been and she was like any other woman.

But how do I tell her she deserves someone better—someone who can love her, someone who’s not broken—if I can’t seem to let her go?

I finally get it. And to think, it only took my heart being pried out of my chest and stomped on five separate times by men who claimed they loved me. That’s got to be a record, right?

Let me put it as simply as I can.

Fairy tales aren’t real. Love is a lie. And, at least in my experience, sex never comes with a happy ending.

Fortunately, I still have a battery-operated boyfriend who’ll never fall out of love with me. I won’t walk in on him in bed with another woman either. Nope. As long as I keep supplying him with fresh batteries, B.O.B’s only purpose in life is to make me happy.

And, damn it, I deserve to be happy. I’m a nice person. I work hard. And, most importantly, I've learned an important lesson: To never, ever let a man near my heart again.

***Be ready for a lot of laughs, a bunch of swoons, and a few tears from this standalone romantic comedy.***

“I finished DARKER WATER last night. I loved it. I can’t wait to read the next one!” - Katy Regnery, New York Times and USA Today bestselling author

"Perfect spontaneous combustion material. I was all smiles and giggles, until suddenly - bam - tears started flowing and the sob-fest commenced." - The Book Enthusiast Book Blog

Once and Forever, the series...
began as a dare from a friend who believed I would never be able to write a standalone novel with a happy ending. To prove her wrong, this seven-plus book contemporary romance series came to be, each with its very own happy ending. Along with a lot of snark, some angst, and a very hot, very alpha hero. All the books will take the theme or symbol from a different fairytale and then quickly go in another direction. And it ain't towards Disneyland, folks.


Darker Water is a friends with benefits story inspired by The Frog Prince, and this is how Carson and Laney's fairy tale begins:

Once upon a time there was a young woman who lived in a tall glass tower in the middle of a city. She wasn't incredibly beautiful but she was attractive, probably somewhere around the eighty-fifth percentile. She was smart, kind, honest, and good with animals.

But the most beautiful thing about her was her heart, for it was made of the purest of golds. Unfortunately, she wasn't very good at taking care of it, and over the years, it lost its shine. Because every time she met a prince, she believed him to be perfect--strong but gentle, brave, and caring. So, she would show him her heart and give it to him to hold, thinking he would take care of it.

What she hadn't yet realized was that there was a curse put on her...at some time...by someone. And the curse was this: The moment the woman gave her heart away and kissed the prince--believing it to be true love--the prince would begin to change. Sometimes slowly, other times quickly. But he always turned into a frog. And although the frog would give her heart back to her, each time it was a little more worn, a little less brilliant.

But the woman didn't give up trying to find a prince who would remain a prince, knowing that somewhere out there was someone who could heal her heart and break the curse by remaining a prince after she kissed him.

And so, clutching what was left of her heart, she gave up her search.